A description of the Plugins supplied with Antetype Web. Unfortunately we never had the time to properly document this area. If you have suggestions/ideas for plugins, do not hesitate to contact us.

The language used is called F-Script, here copy of the documentation, which is hard to find nowadays: F-Script Guide (pdf).

If the screen scrolled out of the viewport, this script centers the screen and displays it at 100% again.

If you copy/paste between documents the "merge dialog" does show up and shows widgets which are not on the clipboard. If this is the case, use this plugin to cleanup the widgets in your project. (The bug which caused the references to widgets is now fixed).

Due to technical reasons, we can not make pseudo states (Mouse Over, Pressed and Hover) active in the Web Viewer export. We rely on the browser to change the state. This hurts for specification, where you want to show a widget in for example its Mouse Over State.

This plugin looks through your document, finds all widget instances with a selected pseudo-state, duplicates the pseudo-state and makes it active.

With these three plugins you are able to edit the CSS / HTML / Script externally in Visual Studio Code. The text will be opened in the editor, saving will automatically update your Antetype document. The opened temporary file is valid as long as the cell/action is not deleted in Antetype. That is: you can keep the editor open, work in Antetype and hitting save updates the cell.

For CSS / HTML you need to select a cell. We use a class (.only-for-vscode) so that syntax highlighting works in the CSS file.

To edit a script the specific script action needs to be selected. 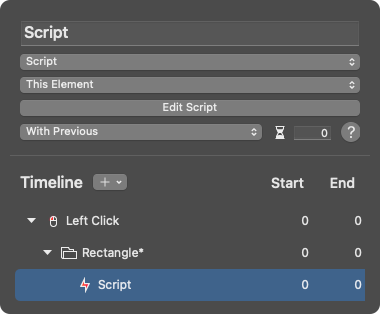 To edit the header_include file in Visual Studio Code. It can be used to include external libraries.

If you have several changed widget instances (showing a green dot in the inspectors) and Update one of them, the others don’t change since we don’t want to overwrite your changes. Instead of going through your instances and manually revert them, this plugin does it for you.

The widget updates (like using the normal Widgt Update), all other instances are reverted.

This plugin is for importing / exporting .clr color paletts.

Say you have a structure and want to fill in the text. Copy multi-line text onto the clipboard, select the cell which should contain the text: 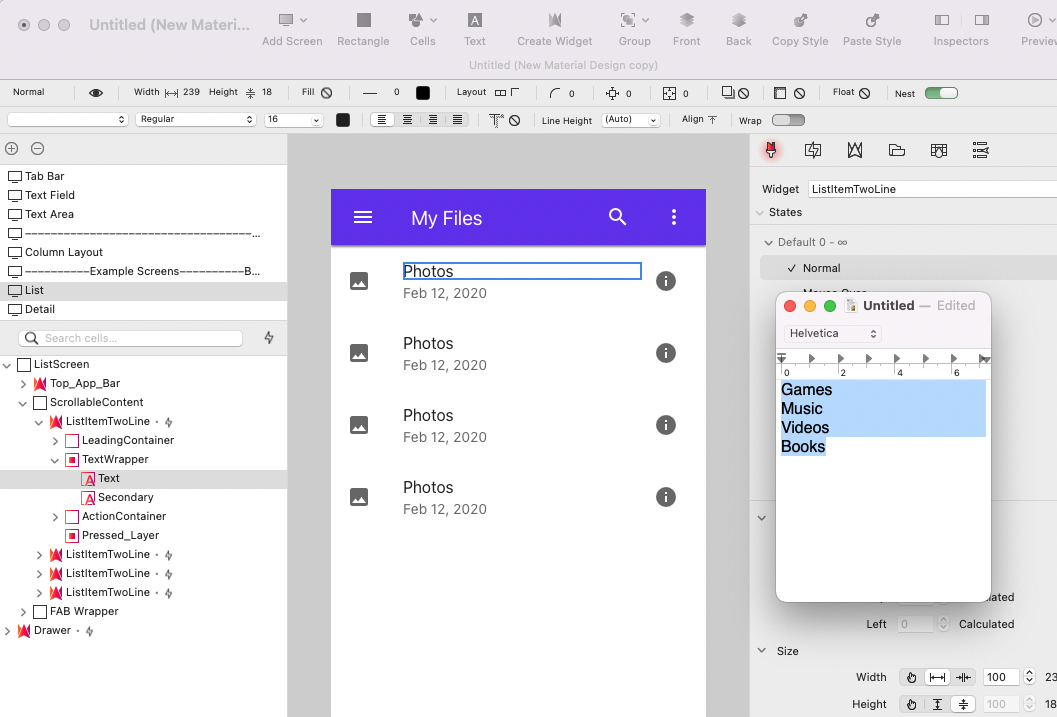 And execute the Plugin, the text is entered in the corresponding cells of its siblings: 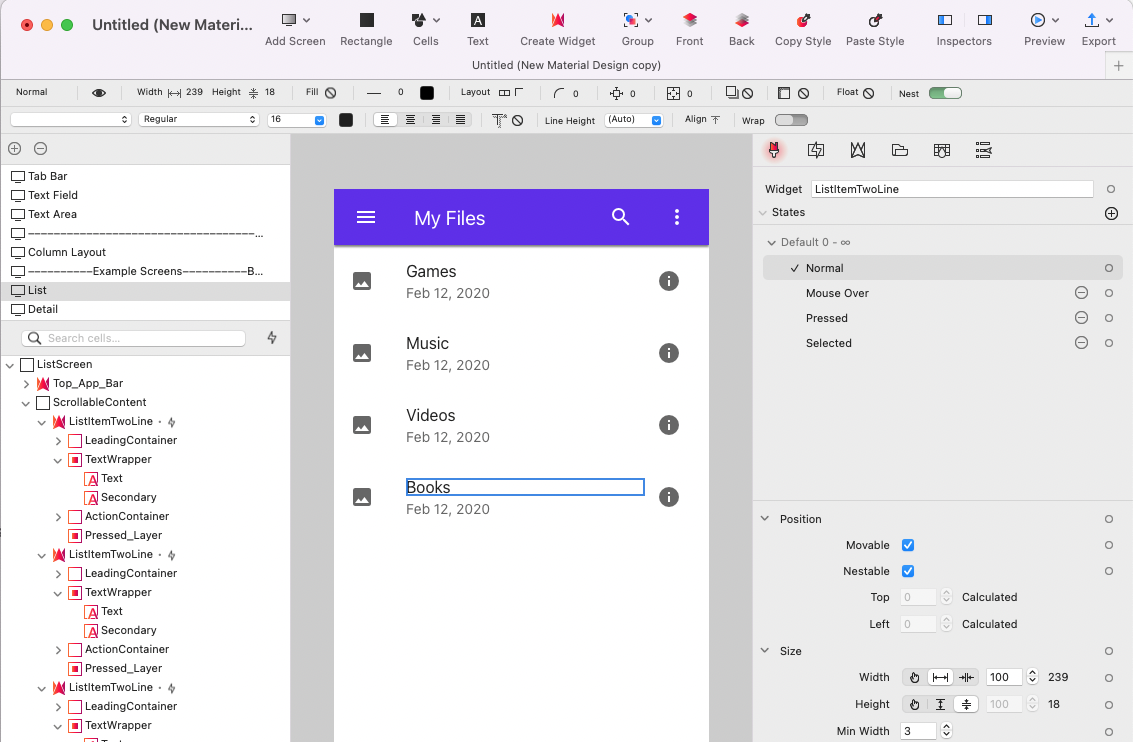 See https://discourse.antetype.com/t/paste-into-multiple-items/497 for the discussion

Deletes all colors which are not used in cells or widgets.

Like ﻿Replace Colors but for fonts. The Original-Popup contains all fonts used in your document, Replace shows the fonts available on your mac.

If you open a document which uses fonts not installed on your computer they show up in the list as .AppleSystemUIFont here you can replace them: 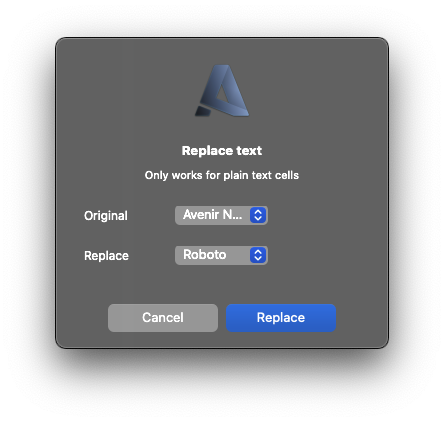 This one needs a little more explanation. It is used to convert multiple basic cells into a widget (or change the widget). Here a typical use case for this plugin.

And now you realize it would be better to creata widget for it. Instead of creating a widget and rebuild the other instances you can use this plugin. Convert one of the basic-calls into a widget:

Make the image also individual (individual properties are preserved by the script):

Copy the widget to the clipboard (⌘ C), Select the other cells:

Select Plugins › Replace Selection with widget and now the cells are converted, but the individual properties (here text and image) are preserved: 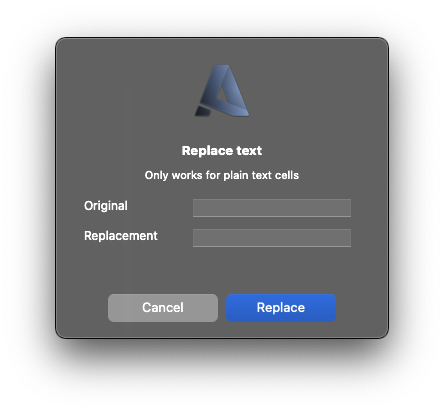 To use copy/paste you have to use the context-menu of the text fields. Sorry about that.

Shows the number of cells and interactions on the current screen. 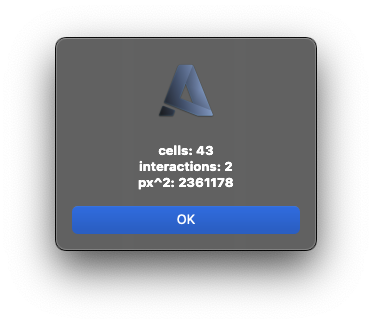 Shows the number of cells and interactions on the current cell.

Select all Widgets on Screen

Selects all widgets of the current selected widget on the current screen. See https://discourse.antetype.com/t/update-widgets-only-on-screen/519 for the discussion.

If you created a widget and later one you realize Rectangle is not the right name for a cell :) you can use this plugin to change the name in the widget.

If you now create a new widget instance it uses the new names.

This does not change existing instances. Use Cell Name Update instead.

Updated 25 Nov 2022
Did this page help you?
Yes
No
UP NEXT
General
Docs powered by archbee